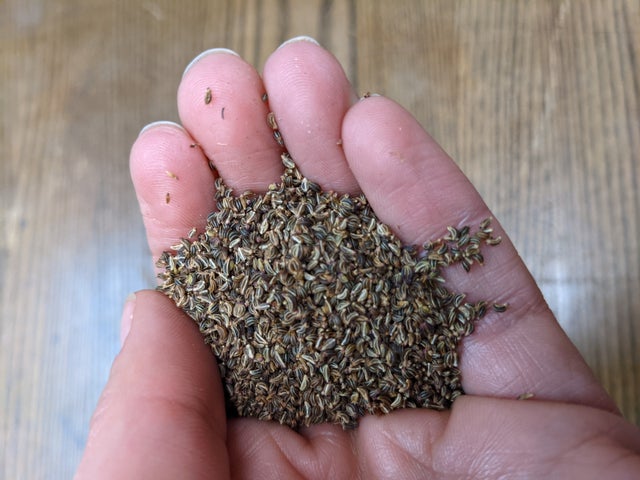 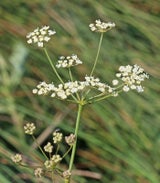 Yampah is a culturally significant plant. Seeds are from the Confederated Tribes of Grand Ronde Plant Materials Center.

Perideridia gairdneri is a species of flowering plant in the family Apiaceae known by the common names common yampah, Gardner's yampah and Squaw root. It is native to western North America from southwestern Canada to California to New Mexico, where it grows in many types of habitat. It is a perennial herb which grows to around .6–1 metre (2.0–3.3 ft).[1] Its slender, erect stem grows from cylindrical tubers measuring up to 8 centimeters long. Leaves near the base of the plant have blades up to 35 centimeters long which are divided into many narrow, subdivided lobes. Leaves higher on the plant are smaller and less divided. The inflorescence is a compound umbel of many spherical clusters of small white flowers. These yield ribbed, rounded fruits each a few millimeters long.

The entire plant is edible, but caution should be maintained as it has a similar appearance to the carrot family's deadly water hemlock and poison hemlock.[1] It was an important food plant, even a staple food, for many Native American groups.