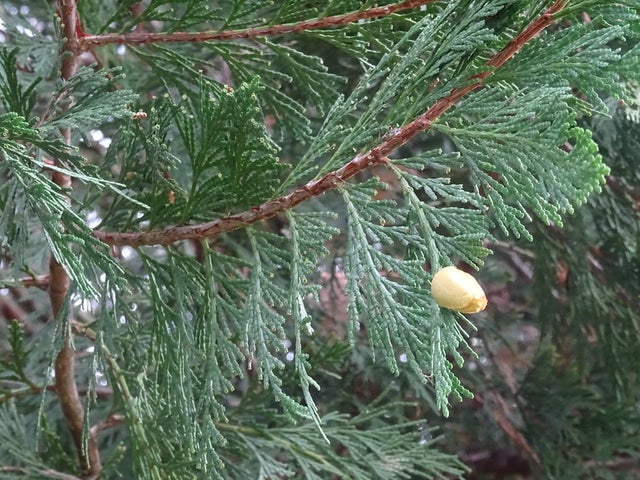 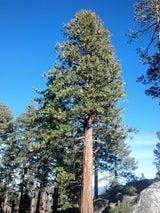 Description: Cypress family Cupressaceae. Incense cedar (Calocedrus decurrens is a medium sized tree eighty to one hundred twenty feet high (Preston 1989). The leaves are small, scale-like, oblong-ovate, in whorls of four, decurrent, and closely adnate on the branchlets and aromatic when crushed. The flowers are monecious, appearing in January on the ends of short lateral branchlets of the previous year. The fruit is reddish-brown or yellowish-brown that ripens in the early autumn and remains on the tree until spring. The bark is bright cinnamon-red, broken into irregularly ridges, and covered with closely appressed plate-like scales

is not tolerant of smoggy or wind-swept conditions (Dirr 1990). It shows good adaptability to different soil types.

Management: Incense cedar has aromatic wood that resists insects and decay. Practically no pests attack the tree, but in the forests where it is native, mature tree trunk are often infested with dry rot of the heartwood

Landscaping & Wildlife: Incense cedar is an attractive landscape tree that is excellent for large areas and formal plantings (Dirr 1990). This tree is a splendid park and large home-grounds species in climates suitable for them (Lemmon 1952). It is browsed moderately by mule deer. Small mammals eat the seeds. This species is primarily used by wildlife species for cover.