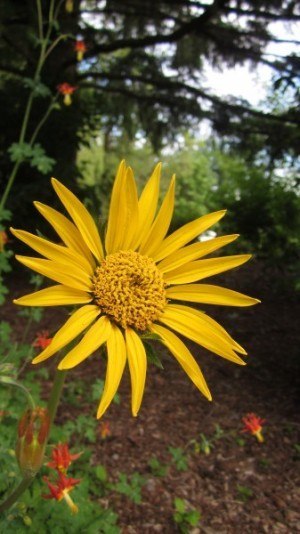 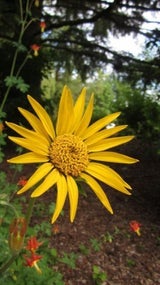 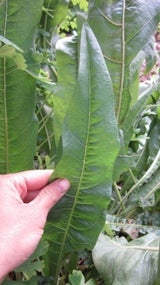 Habit: Although very similar to other species within the genus Wyethia, this tap-rooted perennial can be usually identified by the abundant yellow flower heads each plant displays during the blooming season. Another distinctive feature is its long lanceolate leaves, which are usually entire, quite narrow, and tapered at both ends. Basal leaves measure up to 16 inches long by only 3 inches wide, while several, smaller, alternate leaves adorn the length of the flowering stems. Terminal solitary blossoms (up to 1.5 inches) with yellow ray corollas resemble a distant relative, the sunflower.

Ecology: colonies of narrow-leaved mule’s ears settle often in meadows and moist hillsides, but are also present in dry, open slopes at low to mid elevations. This species can be found from southern Washington and the Columbia River Gorge through the Willamette Valley and Central California.

Growing conditions: Wyethia angustifolia is an attractive drought tolerant flower that can be used easily in almost any native garden. It thrives in sandy to loamy, well-drained soils and full sun.

This plant has been used for its medicinal properties by the Ohlone, a native tribe of Northern California, who made a thick lather from its roots. The solution was rubbed on the chest as a cure for various respiratory conditions. Other reported medicinal applications include using the roots to draw blisters and the extracts of the leaves to treat fevers. Wyethia angustifolia is also known as California compass plant due to a common belief that certain plants, including this one, have leaves that point in a north-south direction.