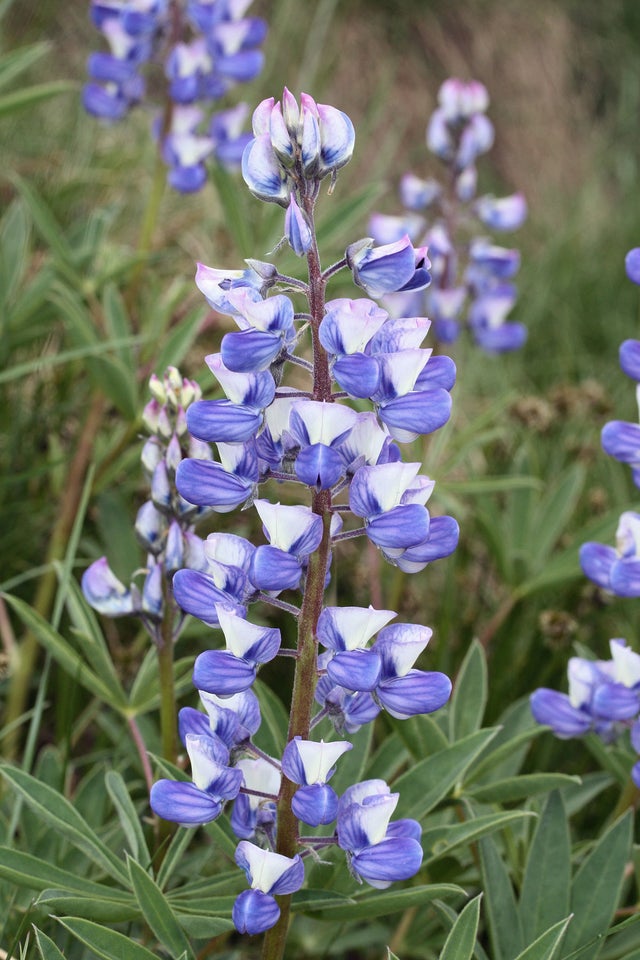 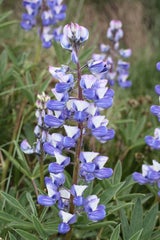 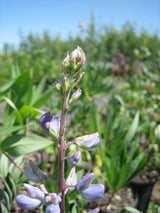 Habit: broadleaf lupine is an attractive evergreen with interesting foliage and lovely flowering stalks. It grows up to 3 feet tall and is slightly hairy. Its several hollow stems raise upright from a woody crown and support numerous leafstalks. The leaves are palmately compound and alternately arranged along the stems. 7-9 elliptic leaflets (2.5 inches long) form each leaf, they are light to medium green, smooth above and hairy below. Bluish-lavender, to sometimes pinkish pea-like flowers grow in tiered whorls around a raceme, which can measure up to 8 inches long. The flowers bloom from early to late summer and are followed by silky legume pods, 1.5 inches long.

Ecology: this species is extremely variable and widespread in moist climates of Western North America. It can be found from sea-level to 8,200 feet of elevation, yet, it is more common in open wooded slopes, high elevation meadows and subalpine forests. Its native habitat ranges from British Columbia to southern California and east to Utah and New Mexico.

Growing conditions: enjoys full to partial shade, and moist to fairly dry, well-drained soils. Lupinus latifolius attracts butterflies and birds and is a great addition for a sunny perennial border, along tall grasses and other flowering plants.

Broadleaf lupine can form large communities in subapline meadows, providing not only a fantastic sight to hikers and passersby, but also food for local wild fauna. It was much enjoyed by marmots which consumed large amounts of the plant and became fat enough to be, in turn, enjoyed by the Southern Interior Indians who ate the small mammals.